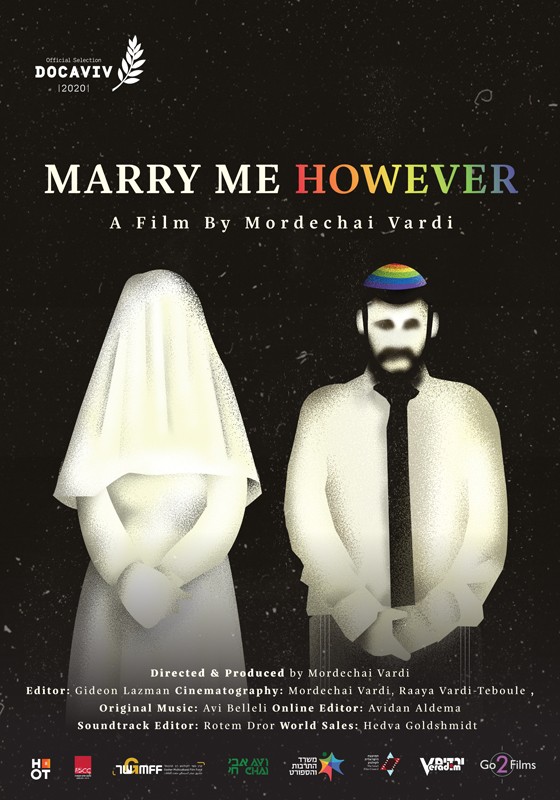 After unlocking once this content becomes available April 14th at 7:00 pm EST, you'll have 48 hours to start watching. Once you begin, you'll have 24 hours to finish watching.

The film tells the stories of LGBT men and women who, for religious reasons, decided to marry against their own sexual orientation, to comply with Torah laws and be accepted into their families and religious communities. Some shared their secret with their partners, some kept it hidden, and some lied even to themselves. After their divorces, they confront the conflicts they repressed: their faith and religious laws; children, family and community; exposure to society and search for a partner. The characters experience a journey of self-acceptance and social activism, as they try to affect a change in their religious environments. The film also follows the women who married and divorced homosexual partners, as well as rabbis and psychologists who seek a solution to an unsolvable conflict.