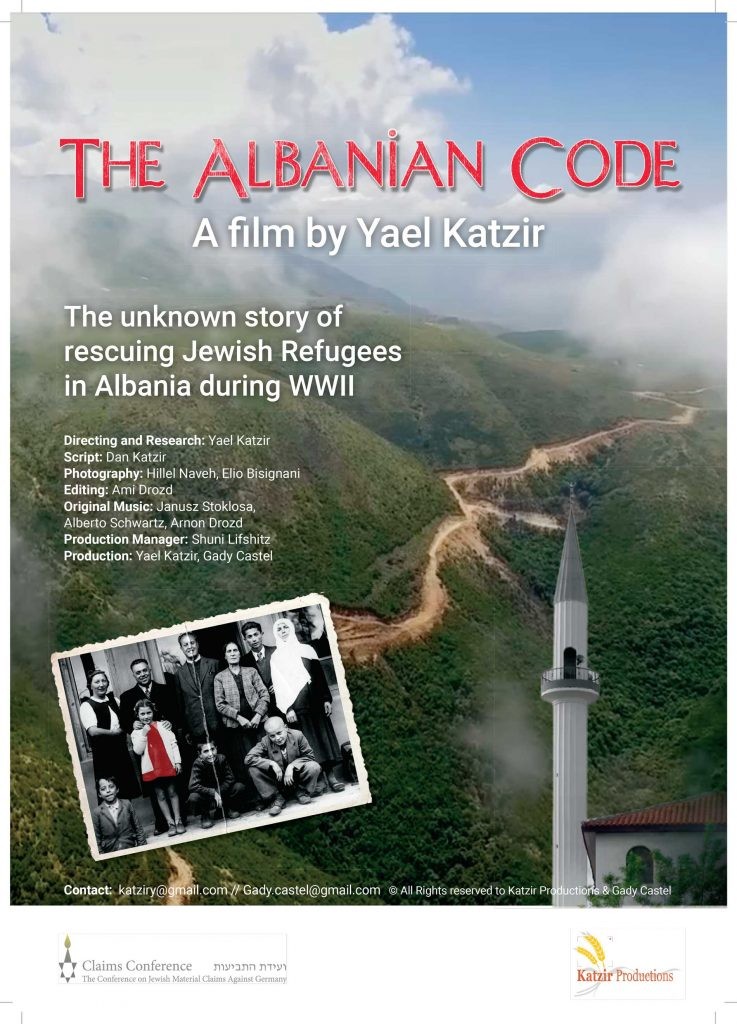 After unlocking once this content becomes available April 22nd at 1:00 pm EST, you'll have 48 hours to start watching. Once you begin, you'll have 24 hours to finish watching.

Yael Katzir’s beautiful documentary unveils the unknown story of the thousands of Jewish and Christian refugees who were saved in Albania during World War II, which was then a mostly Muslim state. We follow Annie Altaratz-Francis, who survived there after escaping from Yugoslavia. Today, she decides to return to Albania with her daughters and thank whoever she can. On her journey she discovers how this entire nation, bound by a powerful moral code, was the only European land where Muslims showed such courage. The film, filled with surprises, shines a bright light on the Albanian culture and carries a universal message of gratitude to human values.