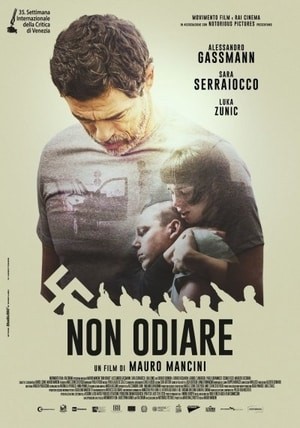 After unlocking once this content becomes available April 20th at 7:00 pm EST, you'll have 50 hours to start watching. Once you begin, you'll have 24 hours to finish watching.

A split-second decision at a traffic accident triggers repercussions for a Jewish surgeon and a neo-Nazi’s daughter, in this gripping, potent drama. Simone (Alessandro Gassmann), a Holocaust survivor’s son, rushes to the scene of a hit-and-run. But when he sees a swastika tattoo on the victim’s chest, he leaves the gravely wounded man to his fate. Wracked with guilt, the anguished doctor confronts the ethics of his choice, and bonds with the victim’s daughter Marcia (Sara Serraiocco), embroiling himself in greater conflict. Posing profound questions about redemption and the paradoxes of the human soul in the face of hate, this provocative parable was winner of the Best Italian Film and Best Actor awards at the Venice International Film Festival.