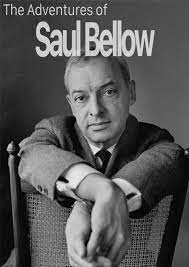 For most of his adult life, Saul Bellow was the most acclaimed novelist in America and winner of, among other awards, the Nobel Prize in Literature, three National Book Awards, and the Pulitzer Prize. The Adventures of Saul Bellow is the first-ever documentary film on Bellow, the man described by critic James Wood as the "greatest of American prose stylists in the 20th century."